A to Z: Everything You Need to Know About Traveling to Laos

Alms. In Luang Prabang, the old capital of Laos, visitors line the streets to give morning alms (rice and cookies) to hundreds of local monks. Give alms or witness the daily ritual as part of most Rustic programs in Laos.

Bun Nam. The annual event celebrates the end of the rainy season with boat races on the Mekong River near Vientiane, the capital of Laos, and Luang Prabang. 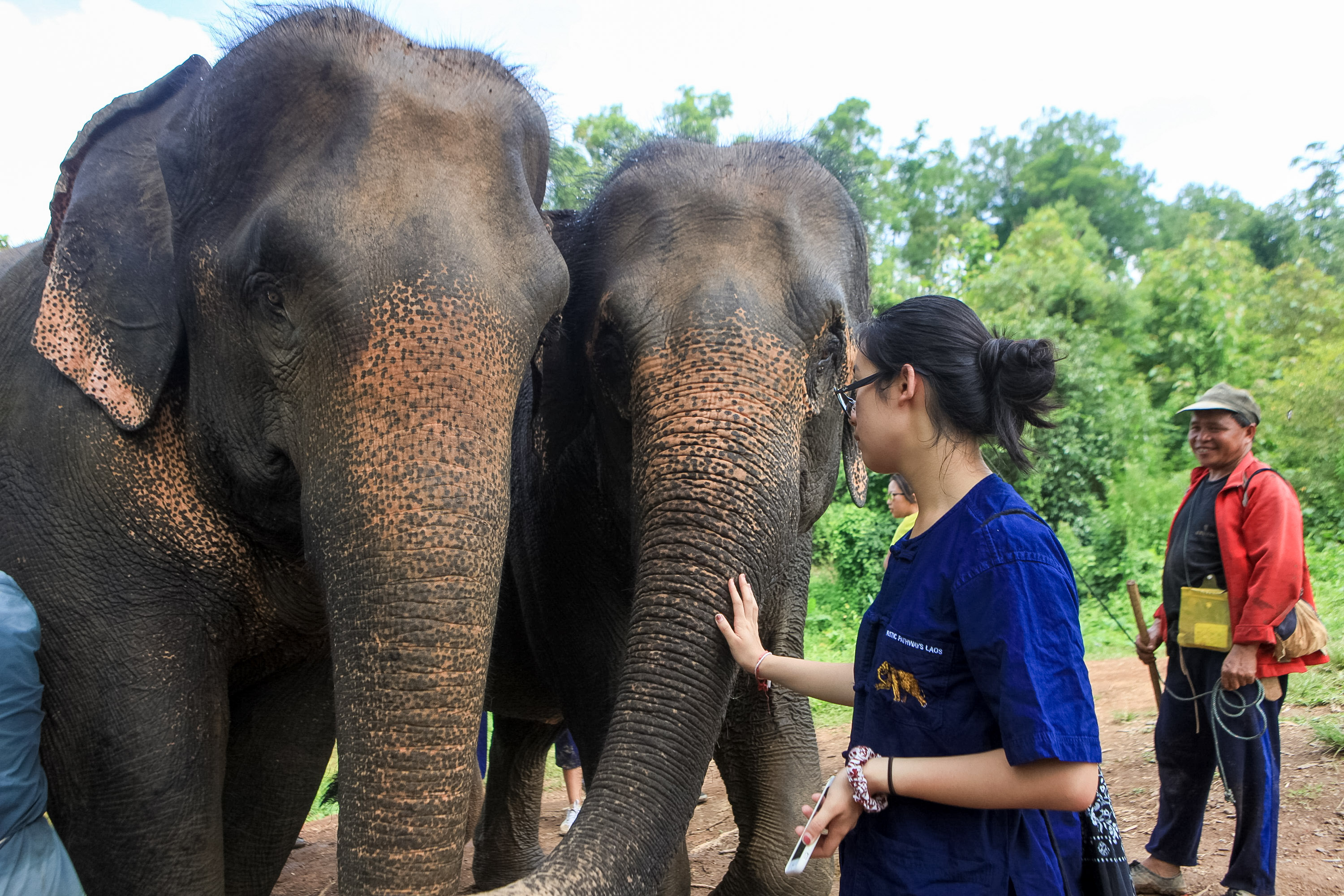 Friendship Bridges. The first of four bridges connecting Laos and Thailand opened to road and rail traffic 1994 to foster economic development between the two countries. At nearly three-fourths of a mile, it was the first bridge across the lower Mekong. Three other friendship bridges have since been constructed over the Mekong between Laos and Thailand.

Golden stupa. Pha That Luang is a gold-covered Buddist stupa in Vientiane, the capital of Laos. Dating to the third century, the stupa is a national monument in Laos. 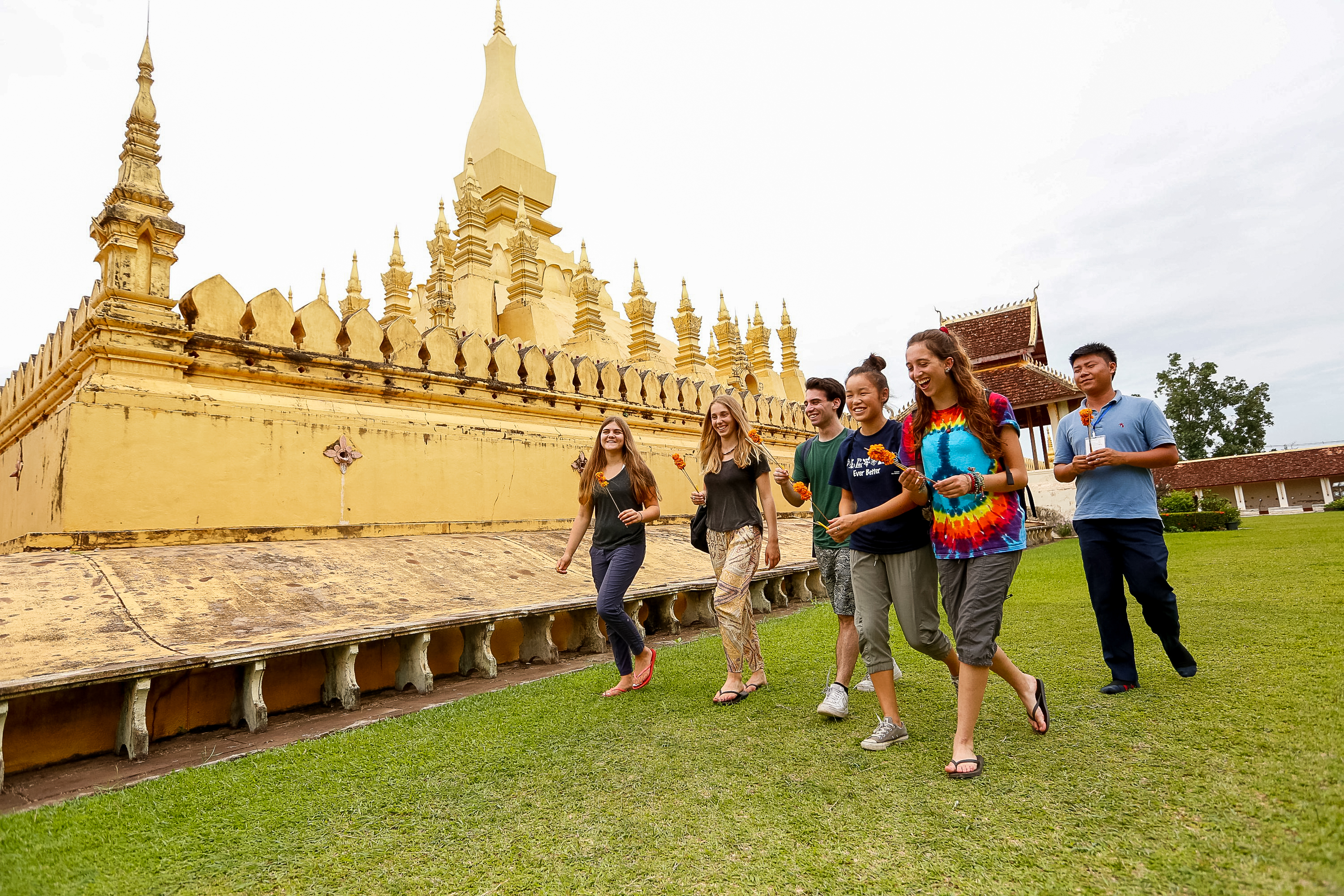 Hmong people. The Hmong are one of three major ethnic groups in Laos, in addition to the Lao and Khmu.

Independence. Laos declared independence with a constitutional monarchy on Oct. 22, 1953 after winning autonomy from France in 1949. The country gained full independence on Dec. 24, 1954.

Joma Cafe. This cafe chain in Laos is not only a taste of American food in Southeast Asia, but the cafe donates a portion of its profits to charitable organizations and the local community. Visit the cafe during Laos Service Adventure. 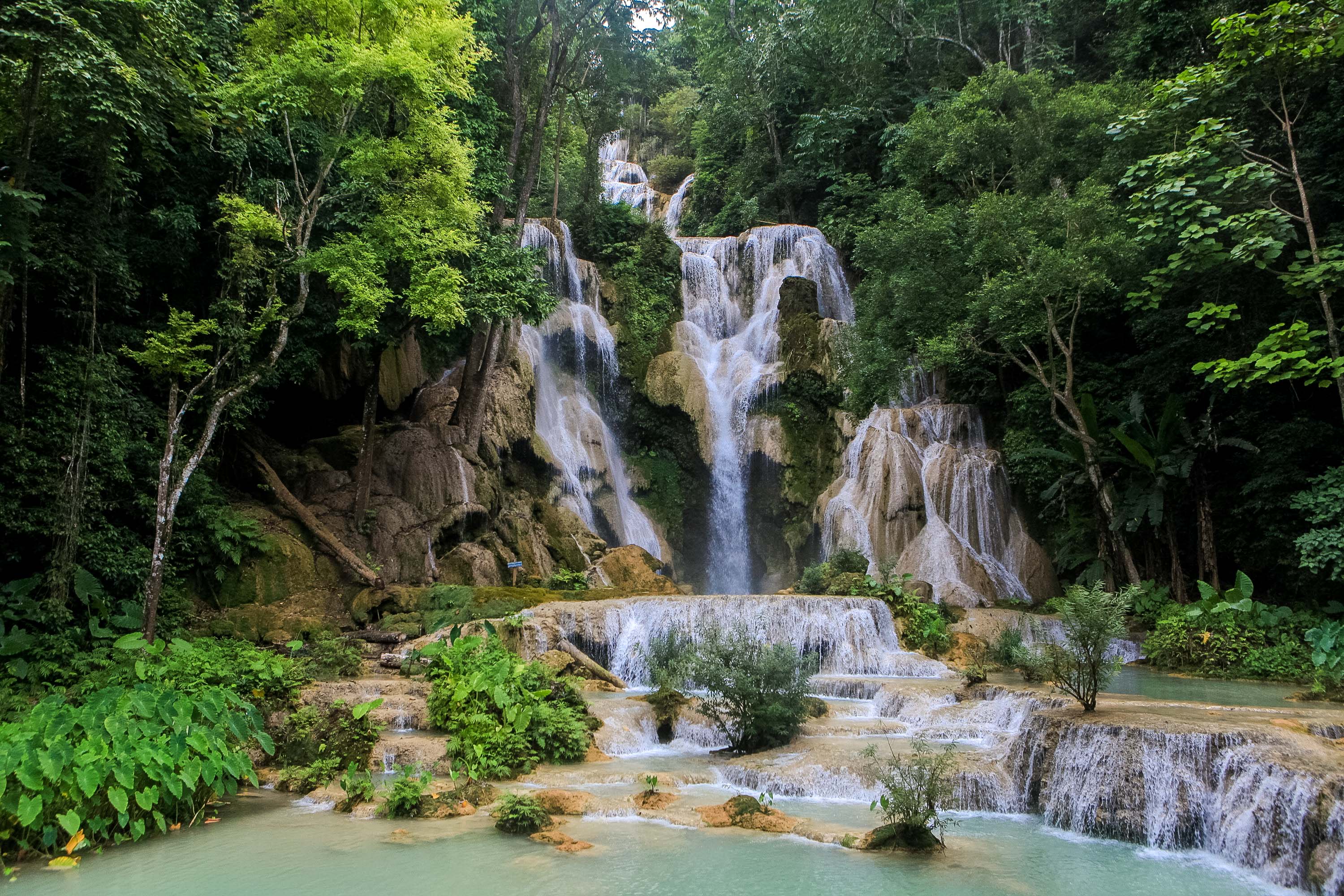 Laap. A traditional Lao dish consisting of meat and plenty of spices! It is incredibly flavorful and paired best with sticky rice.

Mahouts. These traditional elephant handlers often spend their lives working to protect these gentle giants. Train with a mahout during Wonders of Southeast Asia and Southeast Asian Adventurer.

Nam Tien Lake. This stunning lake is home to the Elephant Conservation Center, and is open to for elephants to play and bathe in.

October. Each October, monks recognize the end of Awk Phansaa, Buddhist Lent, and the three-month rainy season by releasing dozens of small banana leaf boats decorated with candles and small flowers on nearby bodies of water.

Pak Ou Caves. These caves, which are only accessible by boat, are home to thousands of Buddha statues left there by visitors over the last few hundred years.

Quiet. Laos may not be as fast-paced as other destinations in Southeast Asia, but it does not mean it’s any less personable. The people of Laos are kind and gentle, and have the loudest smiles ?

Religion. The major religion in Laos is Buddhism and is practiced by more than 60 percent of the population. 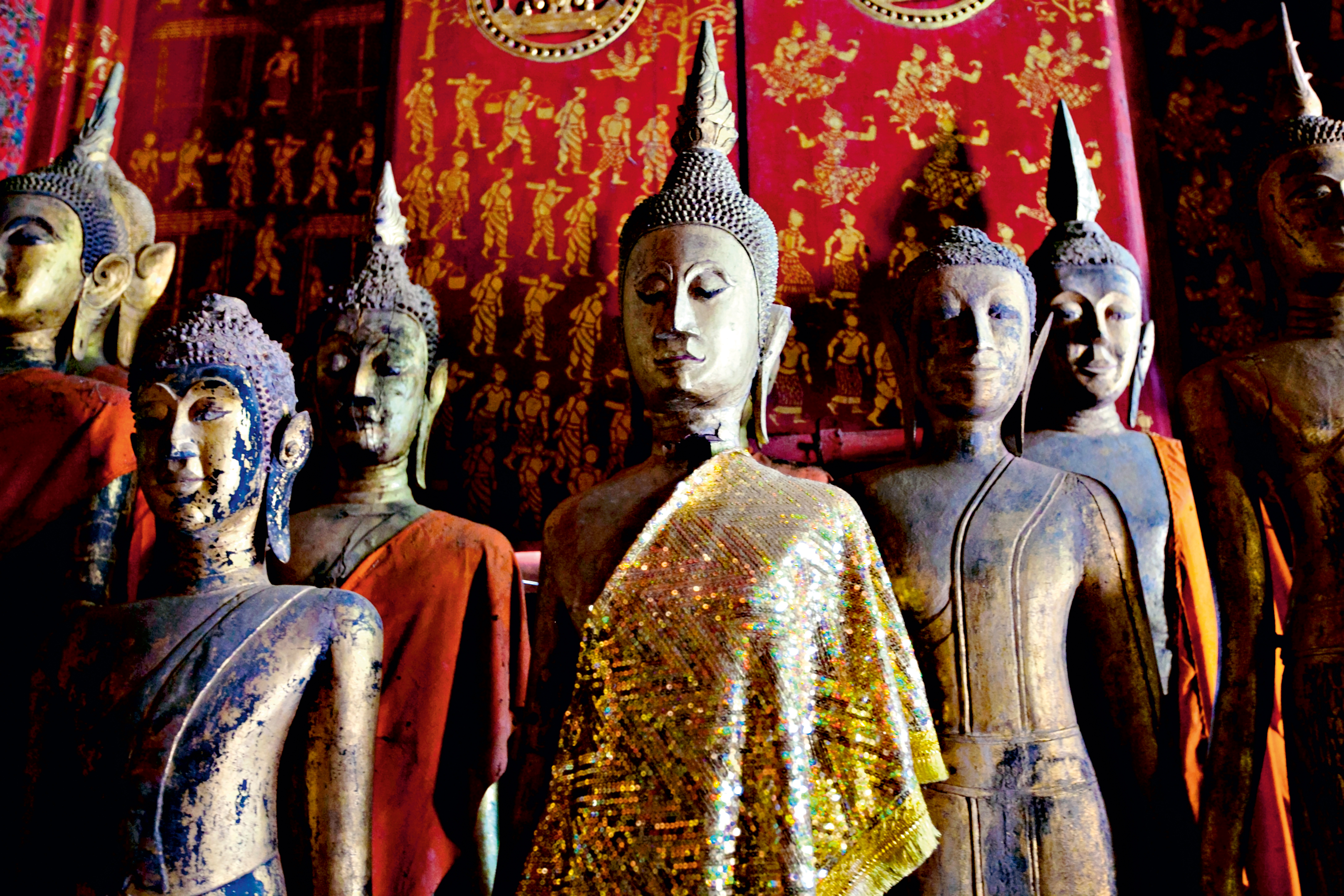 Sticky rice. Not only is sticky rice insanely delicious, but it’s arguably the food that Laos is most famous for! Rice production in Laos is integral to its economy, and a main source of income for much of the population. 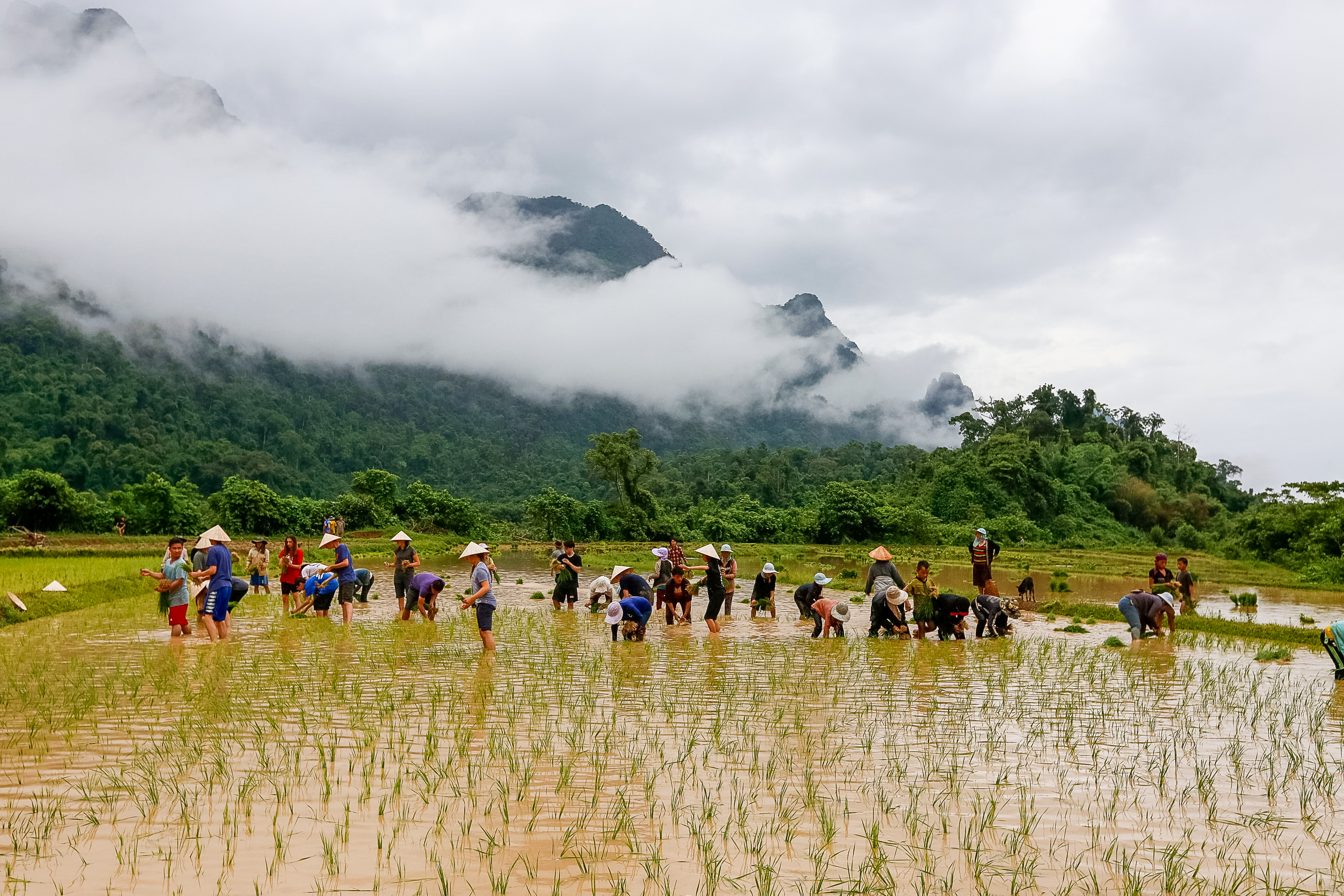 Textiles. Weaving and textiles go hand-in-hand in Laos, and you can find stunning patterns on all sorts of pieces in the markets like the night market in Luang Prabang.

UNESCO. The town of Luang Prabang, the old capital of Laos before it was moved to Vientiane, was named a UNESCO World Heritage site in 1995. It’s home to waterfalls, sacred caves, and dozens of temples. 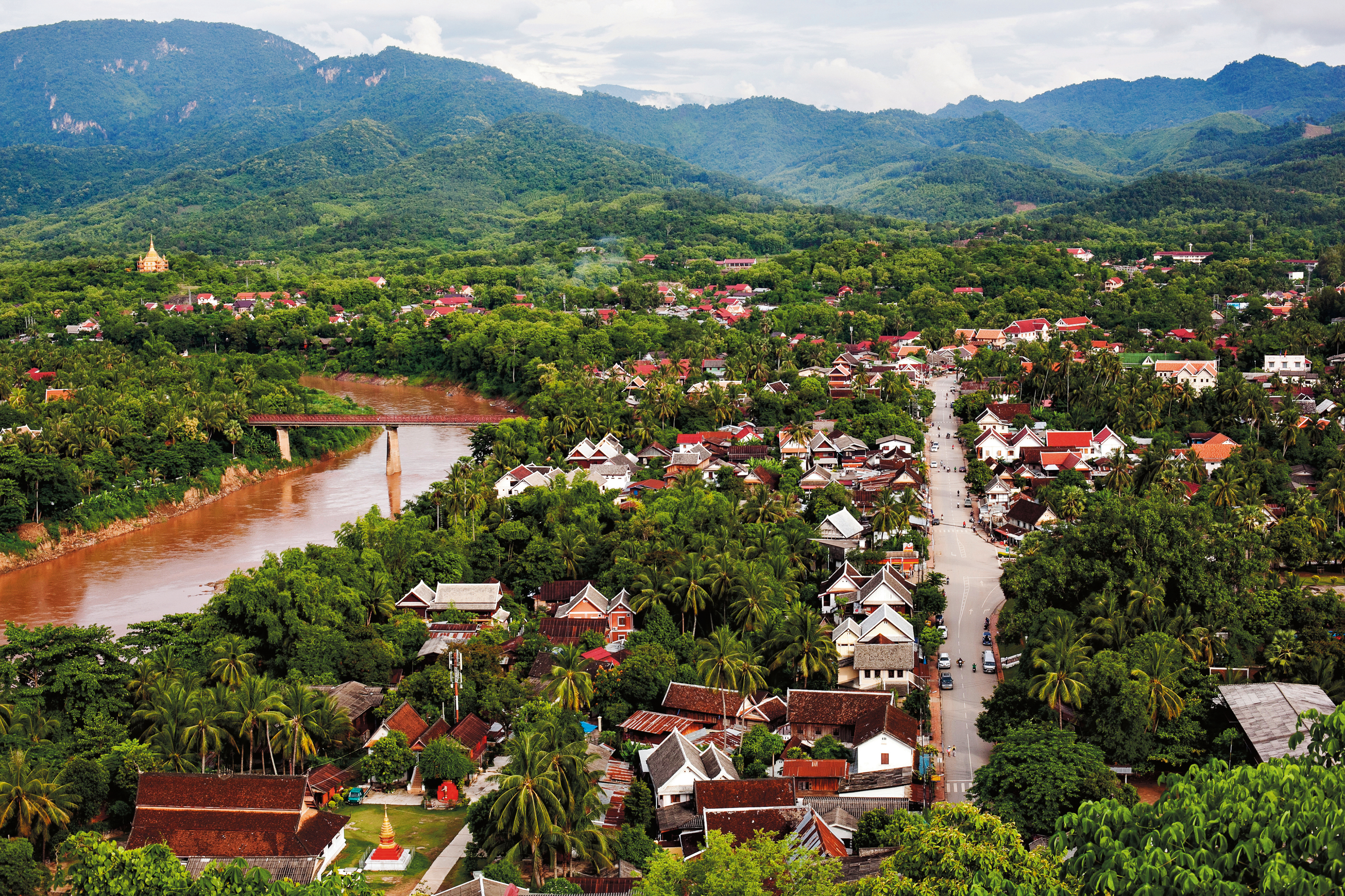 Village homestays. Come with Nothing: The Mekong Expedition and Laos Service Adventure include village homestays, where students live with local families and really immerse in these communities. Don’t miss out on this unique experience!

Zip Lining. Why hang loose when you could hang from the trees? Channel your inner adrenaline junkie as you fly through the Lao forests during Southeast Asian Adventurer.

There’s still time to enroll in a teen travel program this summer with Rustic Pathways. If you’re not sure which Laos program is right for you, request a call from one of our global program experts who can help you identify the perfect fit!