A to Z: Everything You Need to Know About Traveling to Cambodia

Angkor Wat. Named TripAdvisor’s Top Landmark last year in the entire world, the largest religious monument and its surrounding temple complex is Cambodia’s crown jewel and not to be missed by any traveler. Because it’s such an iconic site, all Rustic summer programs in Cambodia visit Angkor Wat. 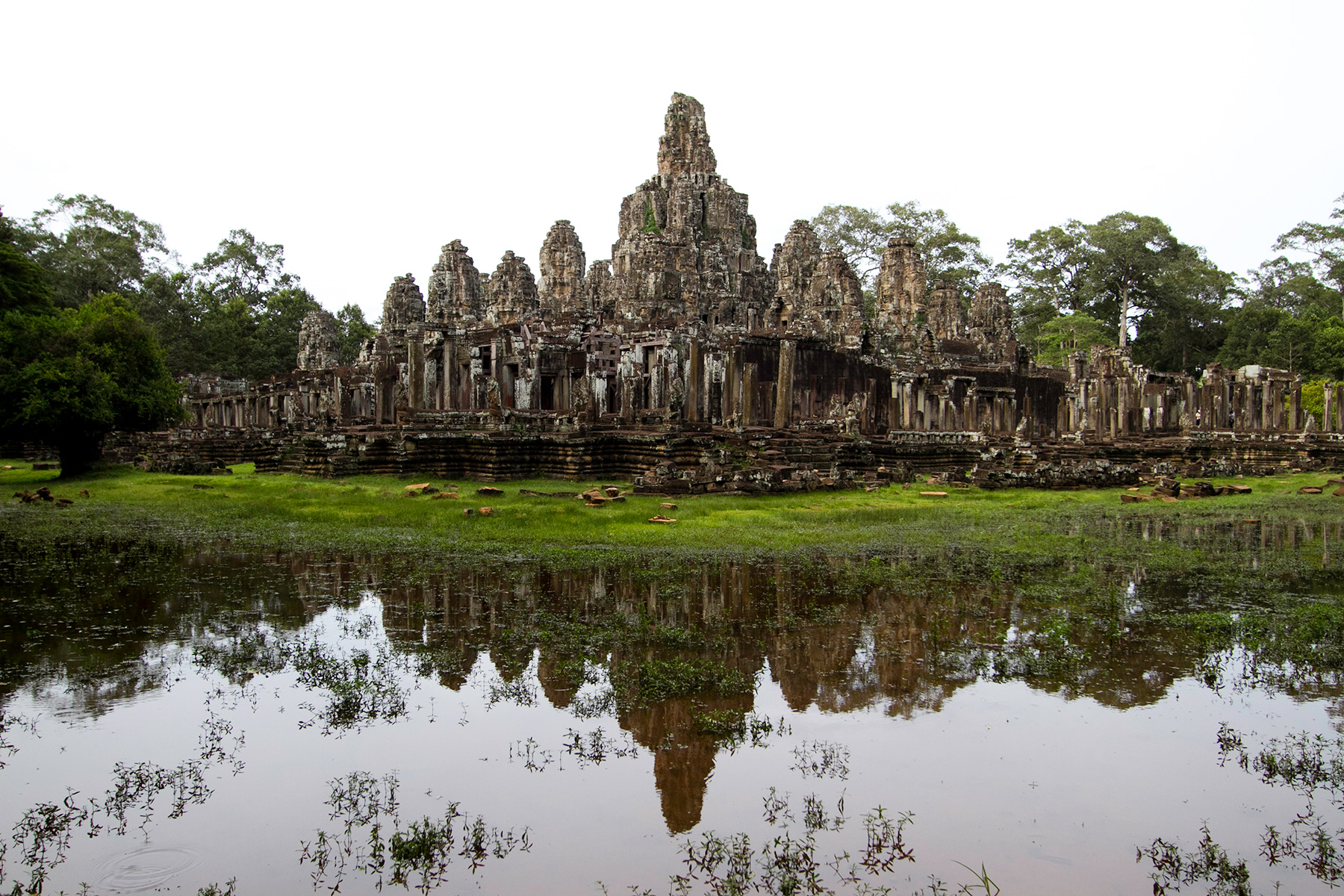 Bamboo Train. Moving at speeds of up to 50 km/h (31 mph), these bamboo flatbeds on wheels are powered by small motorcycle or tractor engines and zip through the rice fields outside Battambang. Seeing the Cambodian countryside fly by on these makeshift trollies is a once-in-a-lifetime experience!

Community. Especially when it comes to mealtime, community is such an important part of Cambodian culture. Almost every meal of the day is served family style with multiple plates of food shared around the table or on the floor. Meals typically include delicious curries, stir-frys, and soups.

Durian. Nicknamed the “King of Fruit,” the durian is unique for its spiky exterior and strong odor. Some people regard it as having a sweet fragrance while others find it to be disgusting. The smell is so strong that durians are not allowed in many hotels and public areas throughout Cambodia. Even airplanes!

Elephants. Thousands of Asian elephants roamed the entirety of Cambodia years ago, but due to habitat loss and poaching, the population has diminished in recent decades to as little as 500. However, there are incredible organizations, such as the Elephant Valley Project, which our students in Cambodia visit each year, who are attempting to protect these gentle giants and their diminishing habitat.

Floating Villages. More than 3 million people live in floating villages along the Tonle Sap Lake. People live in homes that literally float on the lake’s surface in order to account for the drastic rise and fall of the water levels throughout the rainy and dry season. Rustic students on the Floating Village Service Expedition help build these floating homes for underserved community members and immerse themselves in this unique way of life. 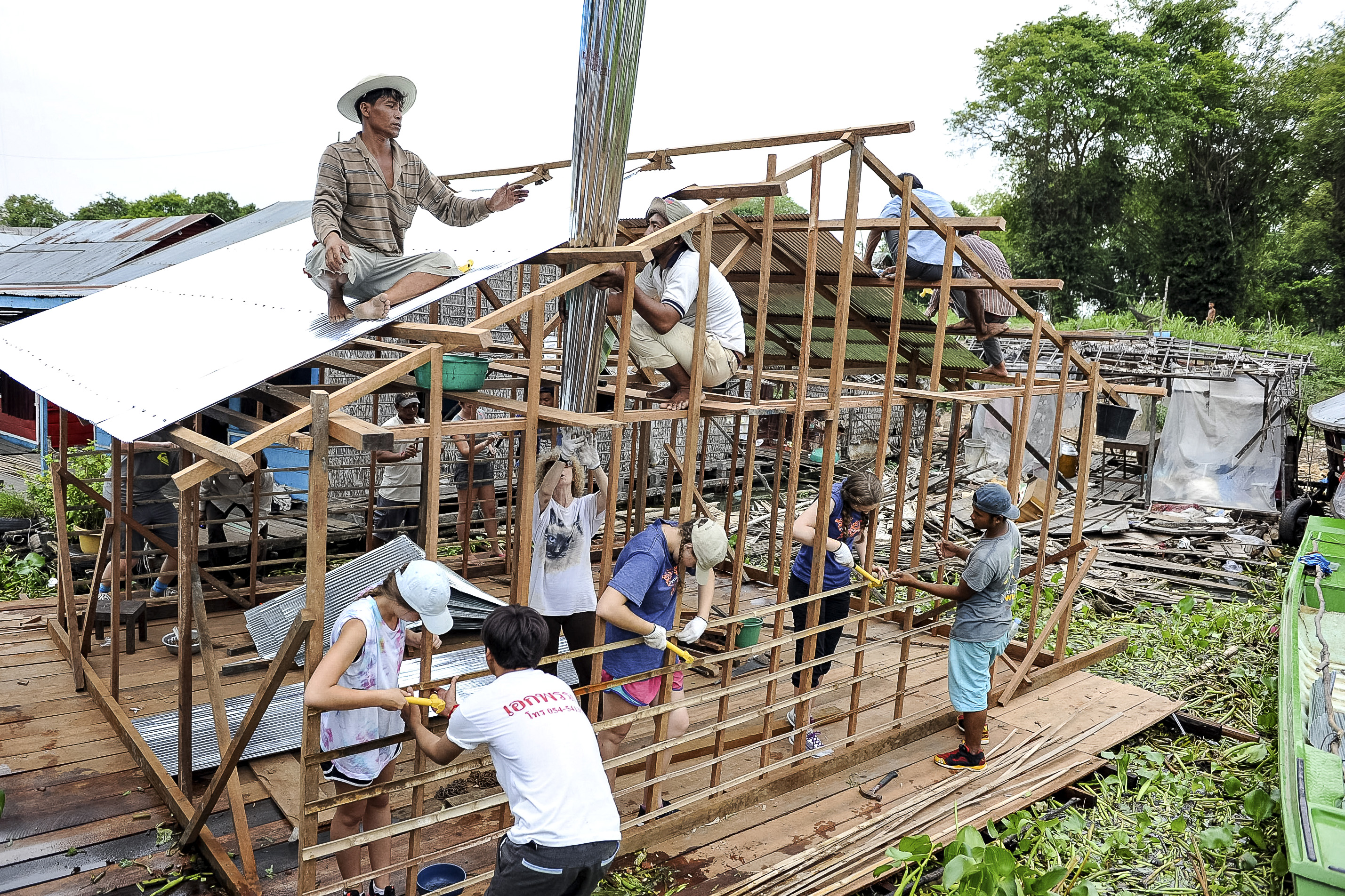 Galangal. Similar to ginger, this spice is commonly used in Khmer cooking, especially for making pastes, also known as kroeung.

Homestays. A unique way to experience a country and its culture, students on most programs in Cambodia get to experience what a homestay is all about. Participate in unique floating homestay experiences aboard during the Floating Village Service Expedition.

Insects. Fried insects are a common snack in Cambodian cuisine. Skip the Oreos and Pringles and try a fried cricket or tarantula instead! 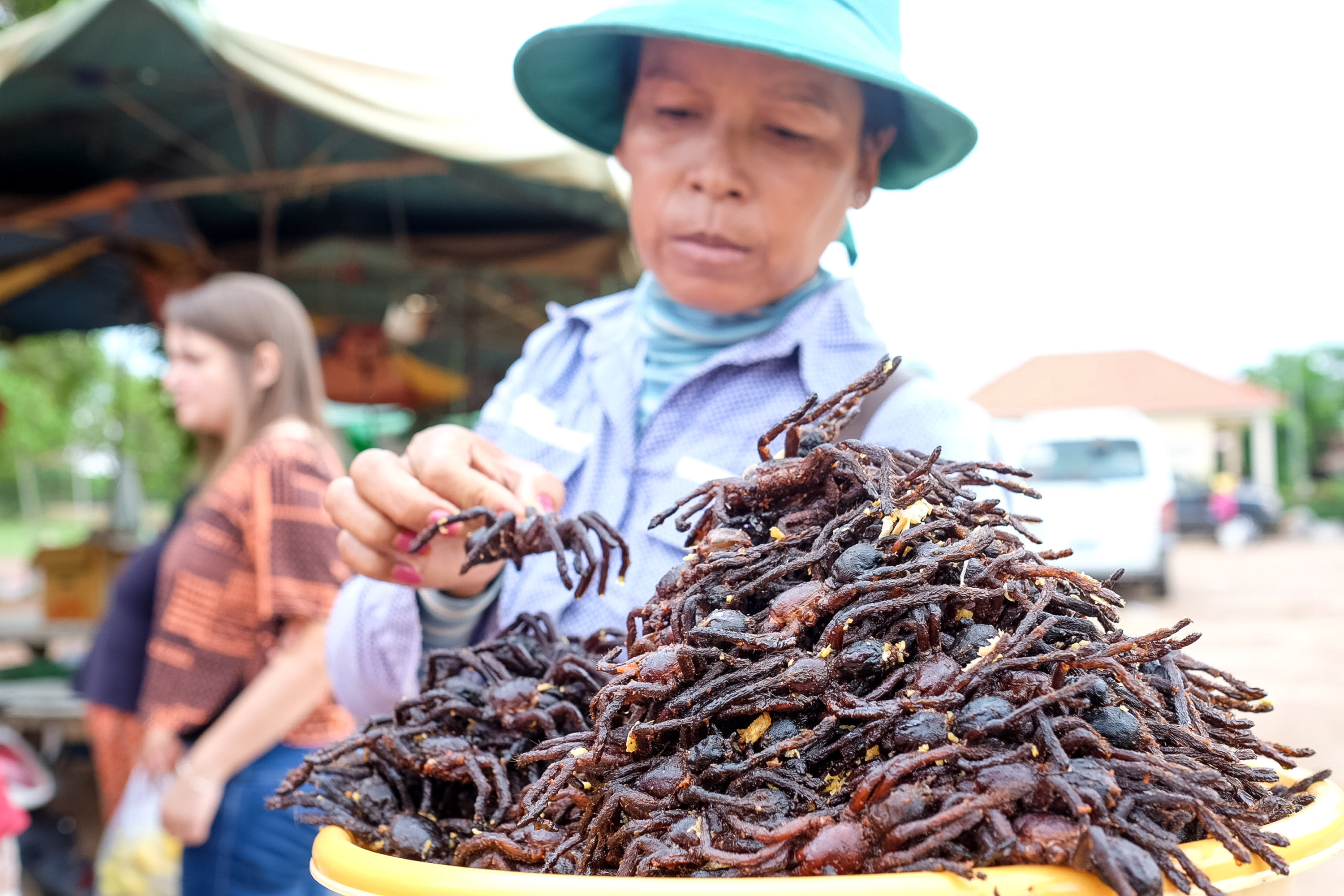 Khmer Empire. From the ninth to the 15th century, the Khmer empire grew to control the majority of mainland Southeast Asia. Known as the Golden Age of Cambodia, it was one of the most technologically-advanced societies in the entire world and built the majestic temples of Angkor that have withstood the test of time for more than 1,000 years.

Lok Lak. One of Cambodia’s national dishes, lok lak is a delicious stir-fry that includes a meat, usually beef, with a savory pepper-lime gravy. Lok lak is a basic and simple dish, but absolutely full of flavor, and served in almost every restaurant and food stall across the country.

Monks. Of Cambodia’s population, 98 percent identify as Buddhists and the country is packed with colorful temples and orange-clad monks. Buddhism plays a major role in everyday life as Buddhist values and beliefs have shaped much of Cambodian culture, history, and society. 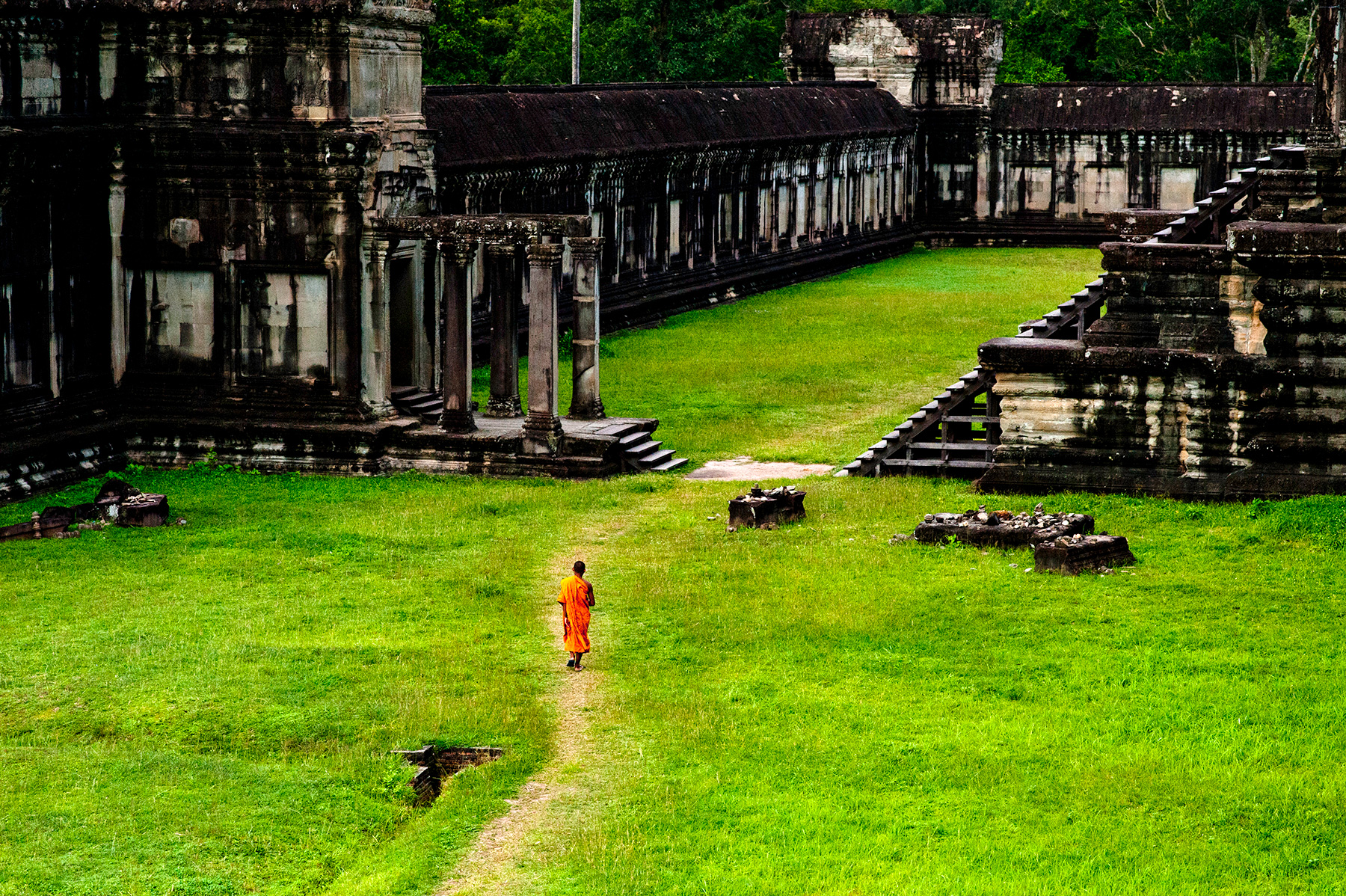 Night Markets. A big part of Cambodian life, locals head out in the evenings and sit at various stalls sampling their favorite Khmer cuisine. Baby duck eggs are one of the most popular items. Siem Reap is also home to many night markets that are sure to provide you with more than enough souvenirs to take home.

Olympic Stadium. The Olympic Stadium in downtown Phnom Penh was originally built to host the Southeast Asian Peninsular Games. However, the games were eventually canceled due the unstable political climate in 1963. Today, the stadium, which can host about 60,000 fans during the national football matches, is a popular exercise area for locals when the sun sets each day.

Phare. A combination of dance, theater, original live music, and breathtaking circus acts, Phare is unlike any show you’ll ever see. Graduates of Phare Ponleu Selpak, an NGO school and professional arts training center, perform original productions that tell uniquely Cambodian stories from recent history, folklore and modern society. All Rustic summer programs in Cambodia visit Phare, which is a highlight for many students. 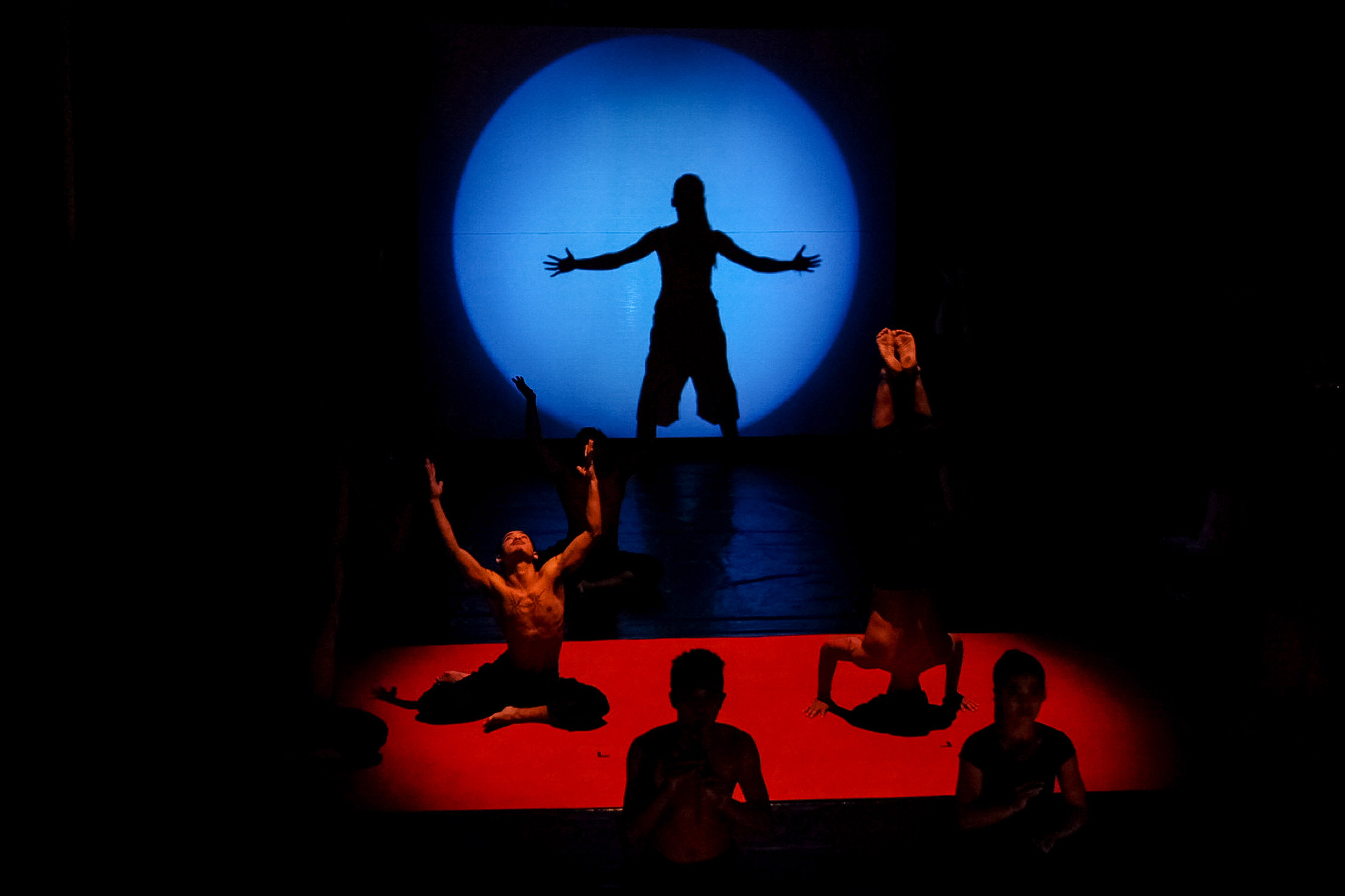 Rice. The staple of all Cambodian meals. Whether it’s breakfast, lunch, or dinner, no meal is complete without a serving of bai.

Sok Sabai. If there is one Khmer expression everyone traveling to Cambodia should learn, it’s Sok Sabai. Literally, Sok means peace and Sabai means happiness, this expression is used to greet people, ask how they’re doing, and say goodbye.

Tuk-Tuk: Motorbikes attached to carriages are the main source of transportation in all cities across Cambodia. You won’t make it a few steps without being offered a friendly tuk-tuk ride.

UNTAC. The United Nations Transitional Authority in Cambodia came to the country before the first election held after the fall of the Khmer Rouge in 1993. UNTAC was charged with promoting peace and organizing fair elections.

Value. Finding the best value as you bargaining your way through the markets of Cambodia is always a treat. Whether it’s the Central Market in Phnom Penh or the famous Night Markets of Siem Reap, there are endless opportunities to practice your bartering skills.

Youth. Of Cambodia’s population, 68 percent is younger than 30. The wars and recent advances in health care have lead to a very young population who are shaping Cambodia’s future.

There’s still time to enroll in a teen travel program this summer with Rustic Pathways. If you’re not sure which Cambodia program is right for you, request a call from one of our global program experts who can help you identify the perfect fit!