Understand life in rural communities of the Peruvian Andes by exploring issues such as clean water infrastructure, education, and access to public services. Live with local families (hotel option available), contribute to sustainable service projects, and learn about the former capital of the Inca Empire. Immerse in vibrant Peruvian culture, hike through majestic mountains, make lasting connections with welcoming locals, and conclude your journey with a visit to Machu Picchu.

In the Sacred Valley of Peru, the descendants of the Inca Empire are faced with many obstacles and often lack access to public services like education, especially indigenous girls.

While boys often move to urban centers to pursue a secondary education, only four in 10 girls do. Women’s education is so important because they pass on what they learn to their children and help reduce the cycle of poverty. Studies show that an educated woman is more likely to have a smaller and healthier family, a stronger voice in family negotiations, and the ability to advocate for herself and her children.

The Sacred Valley Project has been providing girls access to secondary education since 2009 and Rustic Pathways is proud to support this important work.

Packing the right gear (and the right amounts) is the first step to an incredible travel experience.

A school backpack is ideal as it will be used for day trips. 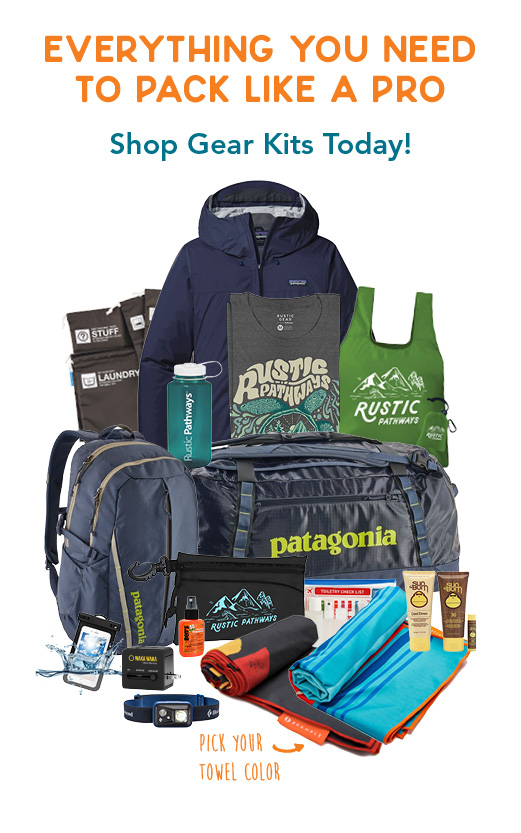 Students from the United States will be issued a tourist visa on entry into Peru. Students from other countries should check with their consulate. Please know that it is the student’s responsibility to obtain any appropriate documentation before entering Peru.

Peru is a fairly easy jump from the United States, with direct flights ranging from around 6 to 9 hrs depending on your city of departure. Please note that our group flight departs from Miami and total travel time will depend on your specific routing. From Miami the flight time is 5-6 hours.

Yes, trip length takes into account travel to and from Peru.

Students traveling on the Sacred Valley Service program will be traveling mainly in the Sacred Valley and greater Cusco area in the provinces of Cuzco and Urubamba in the Cuzco Region. Students will also be arriving and departing in Lima. While the regions are not overly diverse for this program the changes in weather can be fairly drastic so please make sure to read the program specific packing list prior to traveling.

Each program will have leaders who are certified in First Aid and CPR. Some of our program leaders are also certified as Wilderness First Responders, Emergency Medical Technicians (EMTs), Wilderness EMTs, or Life Guards.

Rustic Pathways either purchases bottled water or uses sterilization techniques to ensure that all drinking water for students is potable and safe to drink. We ask students to bring reusable water bottles in order to reduce plastic usage.

Peru has 220V outlets as opposed to the 110V outlets in the United States. The plug shape is usually the same, so be careful not to fry any of your electronics. These days, most common electronics like cameras, phone chargers, computers and mp3 chargers have built in adapters and can be plugged straight into the wall. For all other electronics, you will need to make sure to purchase a converter. Please make sure to check all electronics before plugging them in!

Peru has 3 very distinct climate regions; the desert coastal region, Andean Mountain regions and the Amazon Basin. Students will visit the desert coast in Lima, though most their time will be in the Andean Mountains. During the summer the weather in these parts of Peru are fairly dry, with the chance of rain increasing slightly during the month of August. The day time temperatures generally are between 45 and 60 degrees while nights can reach below freezing. While at Machu Picchu, students will be in the cloud forest which is considerably more humid and hot than the villages in the Sacred Valley. Students need to be prepared to adapt to the rapid temperature changes that occur in mountain environments. Please make sure to refer to the packing list when preparing for this program.

Students will be eating mostly Peruvian food on their program, but may have a few chances to eat more international fare such as Italian, Chinese etc. Peru is well known for its cuisine, which varies from region to region. In fact, due to its Incan and pre-Incan heritage, followed by Spanish settlement and then African, Sino-Cantonese and Japanese immigration, Peru boasts one of the most diverse varieties of cuisine in the Americas.

Most of the meals will be centered on traditional Andean food, with a lot of potatoes and grains such as quinoa. In addition, vegetables, beans, and meat such a chicken or trout are found in most meals. For those that choose, there may be the chance to eat Cuy (Guinea Pig) and alpaca which are staples of rural Andean diet and culture. If you would like to know more about Peruvian diet Wikipedia has a nice summery at http://en.wikipedia.org/wiki/Peruvian_cuisine

While on this trip, healthcare is easily accessible in Cusco, Ollantaytambo, and Aguas Calientes. While camping in the village, it could take over an hour to access healthcare.