On this virtual voyage through Vietnam, learn about the country’s past, present and future.

Traffic in Ho Chi Minh City
Everyone who has visited or lived in Vietnam knows one of the most unbelievable parts about the big cities is the traffic. Ho Chi Minh City, or Saigon as the locals call it, is a city of 9 million, and it’s estimated that there are at least that many motorbikes in the city. Somehow, what might appear to be chaotic traffic is a well-orchestrated dance of unspoken traffic rules.

Ha Long Bay
The name Ha Long, Vietnamese for “descending dragon,” is reflected in a legend: Once, when the Viet people faced invasion, a dragon flew down from heaven to their defense. The creature sprayed not only fire, but also jewels that became the green archipelago.

Unexploded Bombs in Southeast Asia
An all-woman bomb disposal team takes on the dangerous mission of scanning and detonating unexploded bombs from the Vietnam War. These land mines, grenades and cluster bombs are hidden underneath the soil and posed a huge threat to those living in contaminated areas to this day.

Vietnam War Docuseries
Ten years in the making, this series includes rare and footage and photographs from around world.

Karaoke
There is a saying in Vietnam, hát hay không bằng hay hát, which translates to “singing well is not as important as singing often.” People in Vietnam LOVE karaoke! Whether you’re in the village or in the city, at nearly any time of day you can hear people singing on the streets, inside restaurants, and karaoke tunes coming out of people’s homes. 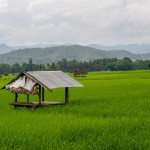 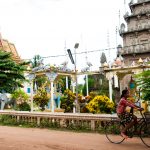 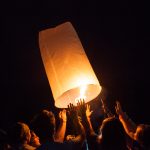 Street food in Ho Chi Minh City
Watch episode 7 of Street Food Asia on Netflix to get a look at Vietnam’s street food culture. Would you try snails?

8 Books About Vietnam
Check out these incredible books to read before you visit Vietnam.