On this virtual voyage through Mongolia, learn about the country’s past, present and future.

A to Z: Everything You Need to Know About Traveling to Mongolia
From the Altai Mountains to Yaks and Zud, we go through the A, B, C’s of Mongolia.

Statue of Genghis Khan in Mongolia
Visit the 30 meter high famous Genghis Khan (also known as Genghis Khan or Chinggis Khan) statue northeast of Ulaanbaatar is a real eye-catcher in the wide landscape.

History of the Mongolian Ger
Learn about how the Ger (a traditional Mongolian felt tent) originated and what it is like to sleep in one!

Genghis Khan and the Making of the Modern World
A book on the Mongol Empire from the time of Genghis Khan through the reign of Kubulai Khan.

Mongolian Wrestling
Mongolian wrestling (бөх, bökh) has been a traditional sport in Mongolia for centuries. Mongolian wrestlers have an important cultural status in traditional Mongolian society and are thought to embody ancient ideals of nobility, strength and chivalrous sportsmanship. This article helps show the importance of this sport to the Mongolian culture.

The Nomadic Way Meets Generation Z in Modern Mongolia
How the old world and cultures are colliding and cohabitating with the new and modern world of social media, luxury coffee shops and pop music with generation Z as its leaders. 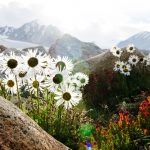 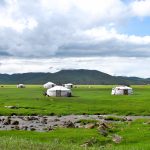 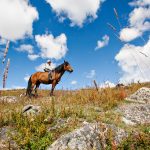 12 Signature Mongolian Foods
Mongolian cuisine is much influenced by the continental climate that dominates the region, and also a bit by the Russian and Chinese cultures. Meat and dairy form the staple diet of this nomadic cuisine, with the use of vegetables being limited. The meat of horse, yak, beef, lamb and even camel is consumed as delicacies.

Mongolian Throat Singing
Tuvan throat singing, Khoomei, is one particular variant of overtone singing practiced by people in Tuva, Mongolia, it was inscribed on the Representative List of the Intangible Cultural Heritage of Humanity of UNESCO.