On this virtual voyage through Ecuador, learn about the country’s past, present and future.

Wildlife on the Galapagos Islands
This chain of volcanic islands off the coast are world famous for a reason. They offer an up close looks at some of the most spectacular and unique existing wildlife including: Marine Iguanas, Giant Tortoises, Galapagos Penguins, and Darwin’s famed Finches.

Quito, The Capital City
Quito’s historic center is considered the best preserved in all of Latin America.

Cotopaxi: Andean Volcano
Although many think of the Galapagos Islands when discussing Ecuador’s wonders. It is also home to lush Amazon rainforest and towering Andean peaks. Chief among them is Cotopaxi, the third tallest active volcano in the world!

Esmeraldas: Afro-Ecuadorian Community founded in 1533
When a Spanish slave ship was wrecked on the coast of Ecuador in 1533, escaped slaves established a free community in Esmeraldas. The area became a safe haven for escaping Africans and boasts many unique cultural aspects

Texaco Chevron Case: Environmental Damage Done in the Amazon
Class action lawsuit filed against American oil giant Chevron-Texaco by more than 30,000 indigenous residents for dumping billions of gallons of Toxic waste in the area. A September 2018 tribunal ruled in favor of Chevron stating that the 9.4 billion dollar settlement was deemed to have been “procured through fraud, bribery and corruption”.

Biodiversity
Ecuador is considered one of 17 “megadiverse” countries in the world. It has the first constitution to explicitly recognize the Rights of Nature. 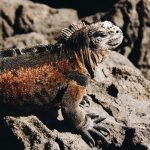 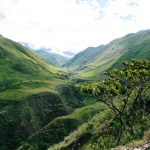 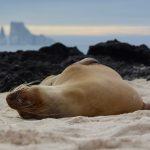 Wildlife is abundant on the Galapagos Islands. Copyright: Rustic Pathways

Flavors of Ecuador
These three dishes showcase the diversity of Ecuadorian flavors – with ingredients from earth to sea.

Cuy: Guinea Pig
Guinea pig or Cuy is considered a delicacy in the highlands of Ecuador and Peru.

On the Origin of Species
The foundational work on evolutionary biology, Darwin’s theory was largely inspired by his voyage to the Galapagos aboard the HMS Beagle.

Crude
A 2009 documentary film about the ongoing class action lawsuit brought against the Chevron Corporation.

A Look at Soccer in Ecuador
Ecuador loves their soccer teams. They band together to root for the national team which has several recent world cup appearances. The local clubs house fierce rivalries. Especially, Superclásico de Quito between Aucas and LDU Quito both clubs from the capital of Quito

Learn Cuarenta
Cuarenta is the national card game of Ecuador. It is a fishing game played with a deck of 52 cards, but all 10s, 9s and 8s are left out. It is played almost exclusively in Ecuador