On this virtual voyage through Costa Rica, learn about the country’s past, present and future.

A to Z: Everything You Need to Know About Traveling to Costa Rica
From the land of Pura Vida, good vibes, and Gallo Pinto, this A to Z list will give you some insight and fun facts on what to expect when you visit Costa Rica.

Arenal, Costa Rica
Explore Arenal, one of the youngest, yet most active volcanoes in Central America. Arenal is surrounded by a tropical paradise full of incredible biodiversity and unspoiled landscape.

Capture: A Gap Year in Costa Rica
Get a glimpse into life on a spring Gap semester in Latin America.

Costa Rica’s 44-Day War, Demilitarization History, and Avoidance of Cold War Violence
Costa Rica hasn’t had a national military since 1948 and is often known as one of Latin America’s most peaceful countries. However, Costa Rica endured a violent 44-day civil war that concluded with the development of the country’s constitution and long-term political stability.

“We Are a Seed”
The Bribri are one of the two largest indigenous populations in Costa Rica. Bribri culture emphasizes sustainable living, and additional supporting income often is earned from selling crops or facilitating local tourism. Hear from Tonnia Fernandez Solis, a member of the Bribri Talamanca indeigenous community. 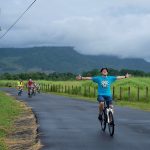 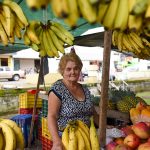 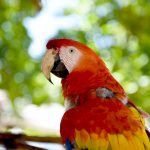 Costa Rican Gallo Pinto
Almost every Latin American country has a version of rice and beans, and this is Costa Rica’s take. The name gallo pinto literally translates to spotted hen, taken from the speckled colors of the dish. You’ll find this dish in every home in Costa Rica.

10 Most Popular Costa Rican Dishes
From salty-sweet fried plantains, or patacones, to hearty olla de carne, dive into Costa Rica’s most popular dishes and get ready for a trip to your local international grocery.

ESPN: Costa Rica National Team Schedule
Though Costa Rica’s population is only 1% of that of the US, Costa Rica has nearly the same amount of professional soccer teams! Follow the men’s national team’s upcoming games here.

How to Speak Tico
Things are not always as they seem! Learn the “Costa Rican meaning” for a handful of Spanish words and phrases. Speak like a local in no time.

Salsa Dancing for Beginners
Learn how to salsa dance in this video.