On this virtual voyage through Australia, learn about the country’s past, present and future.

A to Z: Everything You Need to Know About Traveling to Australia
Get to know Australia with the ABCs’.

Great Barrier Reef (on the Back of a Sea Turtle!)
Stretching over 1,400 miles, Australia’s Great Barrier Reef is the world’s largest coral reef ecosystem. One of the Seven Natural Wonders of the World, it comprises more than 3,000 individual reefs, 600 islands and home to over 1,600 species of fish and 600 types of coral.

Sydney Opera House
Fusing ancient and modernist influences, and situated on a site sacred to the Gadigal people for thousands of years, the sculptural elegance of the Sydney Opera House has made it one of the symbols of twentieth century architecture.

The Fatal Shore: The Epic of Australia’s Founding
A non-fiction book on the birth of Australia which came out of the suffering and brutality of England’s infamous convict transportation system.

Article – A Brief Guide to the History of Australia
Australia is a diverse and fascinating country, with an Aboriginal population dating back many thousands of years. This very basic overview is our starting point for international students wanting to know more about the nation’s background.

Movie: Chasing Coral
Coral reefs around the world are vanishing at an unprecedented rate. A team of divers, photographers and scientists set out on a thrilling ocean adventure to discover why and to reveal the underwater mystery to the world.

Video: What is Australian Football
Australian rules football, officially known as Australian football, or simply called “Aussie rules”, “football” or “footy”, is a contact sport played between two teams of 18 players on an oval field, often a modified cricket ground. 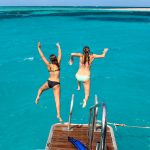 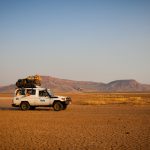 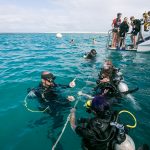 Vegemite
Vegemite: What It Is, Ways To Eat It And Why It’s So Good

A Taste of the Land Down Under: What to Expect When Dining in Australia
Learn about the popular foods in Australia, dining etiquette, and traveling with a vegan, vegetarian, and gluten-free diet.

Non-Fiction Book: In a Sunburned Country
One traveler’s experience in Australia, the country that doubles as a continent, and a place with the friendliest inhabitants, the hottest, driest weather, and the most peculiar and lethal wildlife to be found on the planet.

Video: Boomerang
How do they do it?